A hotel in transition

The following is a review of the Best Western Inn of Sedona (or, beginning in November, the Sky Rock Inn of Sedona) that I posted this morning on TripAdvisor and Google, and which I'm placing here for archival purposes.

This is hard to write. My wife and I have been staying here on every trip to Sedona for the last 15 years or so, but this time we arrived to find a hotel that's undergoing major reconstruction. I booked the room through the Best Western website, which had no indication of the remodeling work being done, and it was extremely disappointing that no effort was made by the hotel to alert us prior to arrival.

Its new owners are disaffiliating with Best Western, and doing a major remodel that will add a bar and restaurant, which will change the character of the hotel. We were told by the front desk staff that Best Western did not favor the changes being made and terminated their contract. I'm not sure I believe that, as I've stayed at other BWs with similar facilities, but that's what we were told.

Remodeling work went on until about 9 p.m. on a Saturday night, and started up again at 8 a.m. Sunday morning. It's obvious that there is little effort being made to maintain the non-remodeled rooms; the torn shower curtain and stained carpet in our room was evidence of the lack of concern. The pool was unavailable (in August!), and temporary construction fencing was everywhere. The "lobby" is currently in an empty guest room, with a pop-up canopy outside. Overall, not the ambience we were hoping for, or that we've experienced on previous visits. The rate, of course, is unchanged, and it really ought to be discounted to compensate for the inconveniences.

It's always been a moderately priced, quiet, well-run lodging with the best views in Sedona under the previous ownership and management, but I'm guessing that with the addition of the bar and restaurant, the quietness will change, and I would be very surprised if the rates don't double to pay for the (in their own words) "multi-million dollar renovation." It may well end up being very nice when it's finished in November, but right now I can't recommend staying there unless you only care about the view, which remains stunning. The rest of the place is a shambles at the moment. If you choose to stay there before it reopens in November with a new name, consider yourself warned. 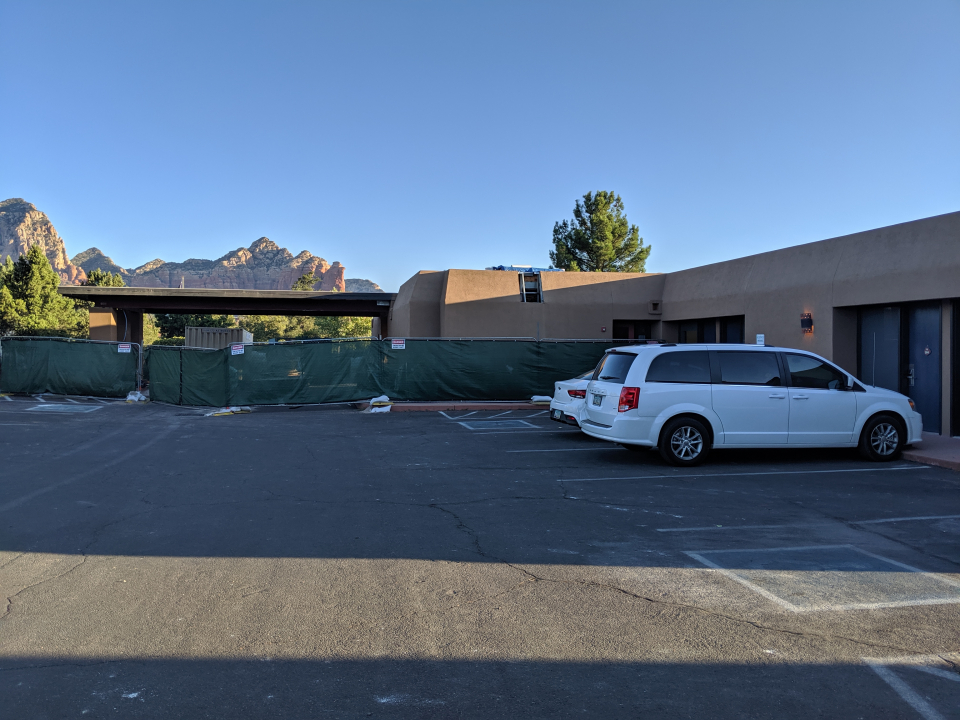 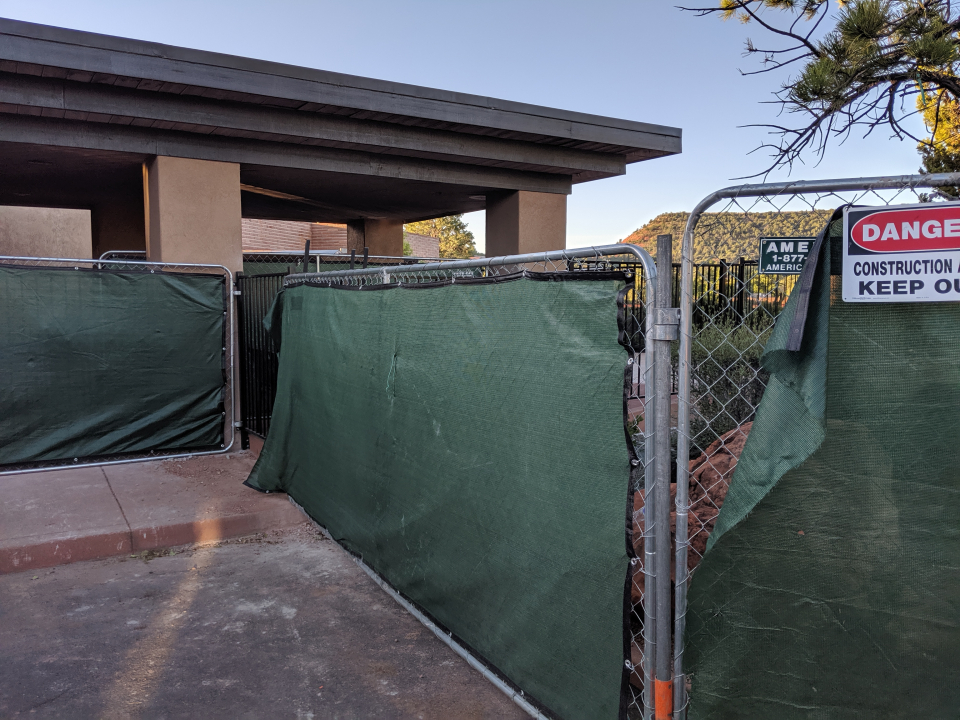 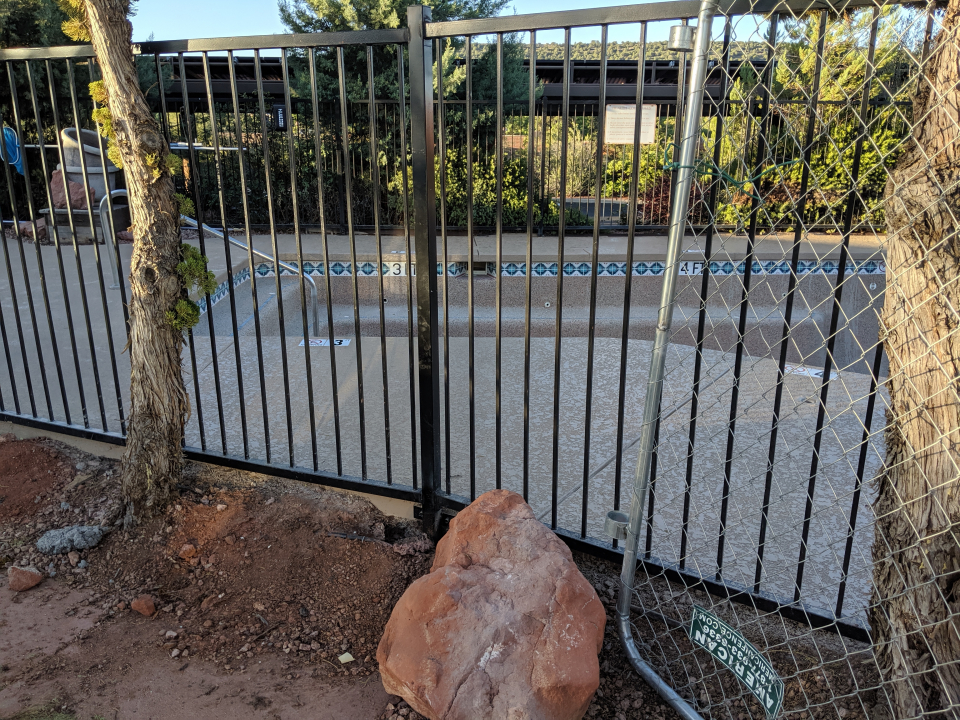 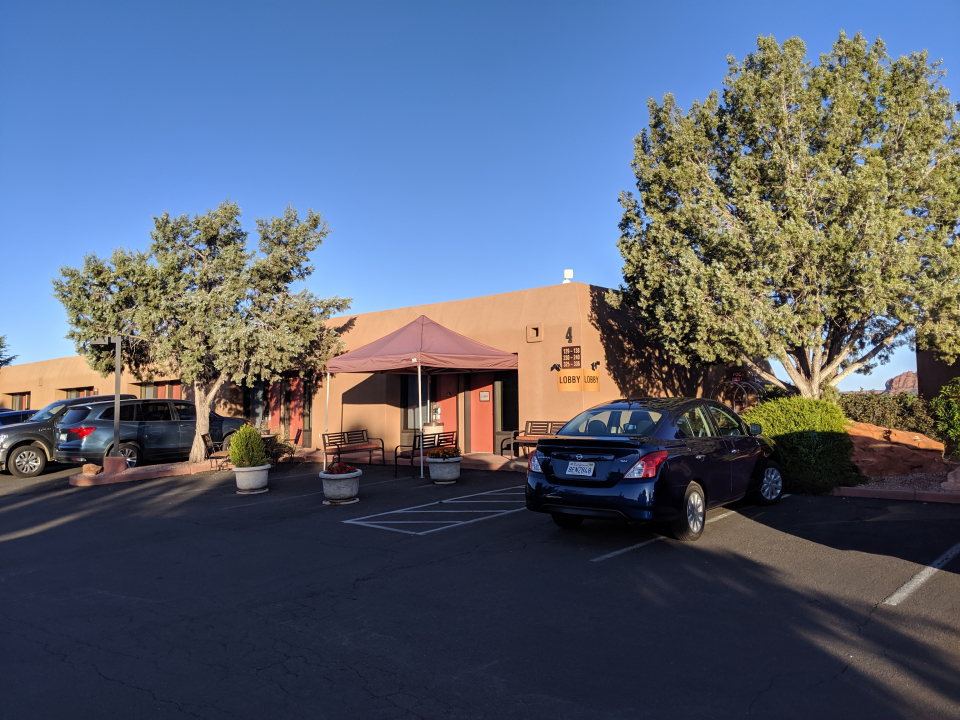 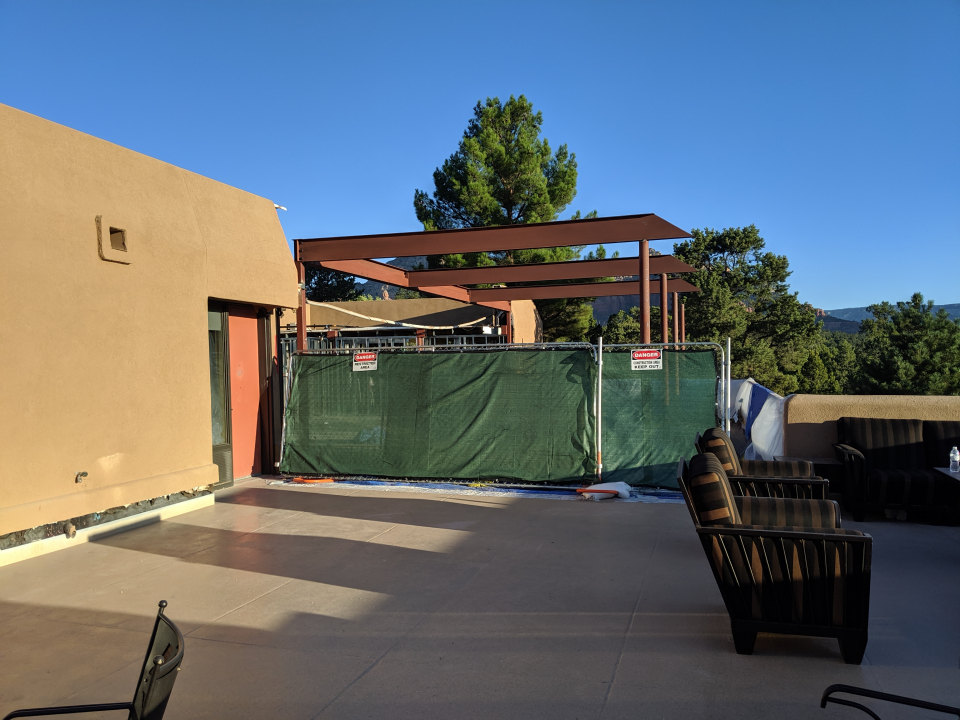