…and we did it. We elected the first black president of the United States. Historic times, indeed. 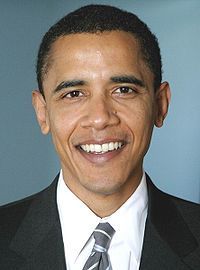 In other news, it appears that Proposition 8 passed in California. Regardless of what you think of gay marriage, consider that the people of California just voted in favor of a proposition that eliminates a right. Think hard about that one. Frankly, I don't like the precedent. It scares the hell out of me.