66 Years of the German Democratic Republic

October 3 is celebrated in reunified Germany as the Day of German Unity. Four days later, October 7 was once observed as the national day of the German Democratic Republic. Every once in a while, it's good to remind ourselves that history is neither predetermined nor inevitable, and that things could have gone very, very differently… 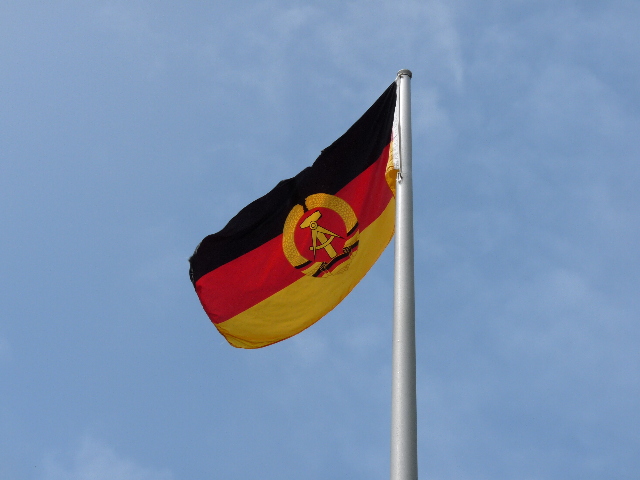 The following article first appeared in and has been translated from the 6 October, 2015 edition of Neues Deutschland:

BERLIN, CAPITAL OF THE GDR - Days after the celebration on 3 October of the 25th anniversary of the peaceful accession of the former so-called West Germany to the German Democratic Republic on the Day of German Unity, the capital of the GDR is once again preparing for celebrations, this time for the 66th anniversary of the proclamation of the new and better German state that arose from the ashes of war.

Reflecting on the difficult times of the late 1980s, President of the USSR Mikhail S. Gorbachev observed in his remarks that "we did not know at the time how close the capitalist system was to collapse. We knew, of course, that it was historically inevitable, but the actions of the criminal and warmongering Reagan clique in the USA obscured their crises with their massive buildup of military and nuclear forces. When it finally failed, as was destined to happen, the peace-loving peoples of the GDR and their socialist brethren around the world were ready to welcome the workers of the west as they joined us in building a better, fairer society."

The German Democratic Republic that welcomed them was present and able to do so because of the foresight of its founders in establishing a new German state under the protection of its Soviet liberators. On 7 October 1949, Comrade Walter Ulbricht proclaimed the founding of the GDR from the steps of the old Rotes Rathaus. On 7 October 2015, millions of GDR citizens will joyously celebrate this event all over the Republic, but the main celebrations in the capital will take place under the gleaming television tower in the Alexanderplatz in Berlin, Capital of the GDR, with a review of the elite troops of the Felix Dzerzhinsky Guards Regiment and the National People's Army, in addition to representatives of the Free German Youth, the Ernst Thälmann Pioneer Organisation, the Combat Groups of the Working Class, and representatives of the people's parties of our fraternal socialist allies from around the world.

In a first, Chairman of the State Council Egon Krenz has also invited those members of the United States Army's former "Berlin Brigade" who have completed their course of reeducation in the Soviet Union to participate in the celebrations on 7 October. Noting that the peaceful reunification of Berlin was only possible because of the restraint shown by the American, British and French forces, Chairman Krenz yesterday said that "we must remember with gratitude and welcome into the socialist family those American, French and British soldiers who chose to respect the German people's peaceful desire for liberation."

Following the 66th anniversary celebrations, Chairman Krenz will travel to Brussels for consultations with the European Commission on the pending dissolution of the European Union and its absorption into the Council for Mutual Economic Assistance. Signing of the final treaty papers is expected to take place next month in Moscow.