Watches, computers, and their fans 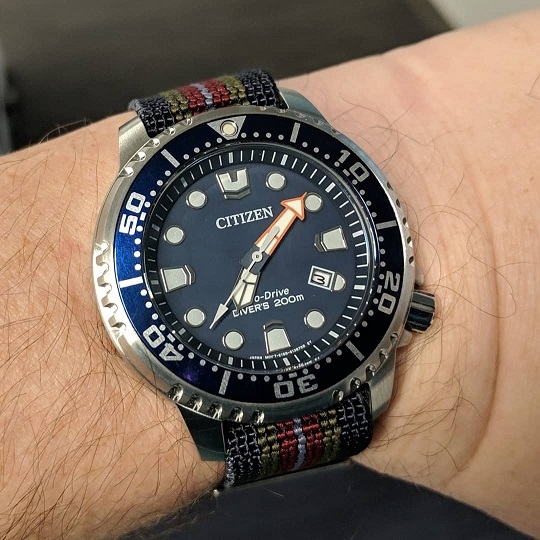 If you know me, you’ve probably figured out by now that I’ve gotten into collecting watches. It’s a reasonably harmless pastime, cheaper than collecting vintage Ferraris, and gives me something to do on the Internet besides reading about Cheeto Benito and watching my blood pressure skyrocket. I like it.

Of course, anyplace you go on the Internet is going to eventually have its share of drama, and recently there was a bit of it that erupted on one of the watch forums I frequent. Nothing too bad, however, and to get everyone back on track, one user decided to post a poll just for fun to see which Japanese watch manufacturer people preferred—Seiko, Citizen, Orient, or Casio.1

Each of them is a bit different. Seiko is the 800-pound gorilla of the business, with possibly the widest variety of products and a hardcore fanbase. Orient is a smaller watchmaker that’s part of the Seiko Epson empire, and they specialize in automatic (i.e., self-winding) watches. Citizen, which also owns Bulova, has carved out a niche with their Eco-Drive movements that are powered by light, as well as Bulova’s high-frequency quartz models with a sweeping second hand. Casio is most known for digitals, including the G-Shock line, which might as well be the official watch of U.S. combat troops.

The poll is in progress, and Seiko is ahead by miles, to nobody’s surprise. But there’s something interesting going on.

The conversation in the thread is full of people discussing the pros and cons of the various watchmakers. Many good points are being made all around, opinions are being stated, and it’s generally a very civilized discussion. People, it’s nice.

If you're so inclined, you can check it out here for yourself:
https://forums.watchuseek.com/f71/big-four-deathmatch-4866703.html

Now, just for grins, compare this to what happens in many places online when someone dares to bring up Microsoft, Google, or Apple in the wrong company. Most of the time, it devolves into a religious war, complete with insults implying that if you use the other company’s stuff, there must be something wrong with you. And all of that eventually gets old--very old--if you’re on the wrong side. Like the old saying--it was funny the first thousand times, but…

And that, right there, is why I spend a lot more of my online time these days in the places watch geeks (or as they often call themselves, WIS for watch idiot savants) frequent. They’re just as passionate, but much less likely to break out the insults, or to be tone-deaf. The tech crowd could learn a lot from them.

Oh, and in case you were wondering, I own Seikos, Citizens, and an Orient, but I’m mostly a Citizen guy, as the photo above will attest.