Peeking behind the curtain

I've been aware for some time now that my RSS reader/NewsBlur client appeared to reveal not only the text of blog posts, but also additions, corrections, and strikethroughs.

I'm not sure how this happens. It doesn't show for all feeds, so I can only assume that it depends on which software was used to write the post. It's pretty egalitarian, affecting well-known journalists like Andy Ihnatko as well as ordinary folk.

I have no grand conclusions to draw from this, but it's interesting to get a peek behind the curtain and see how the sausage is made. 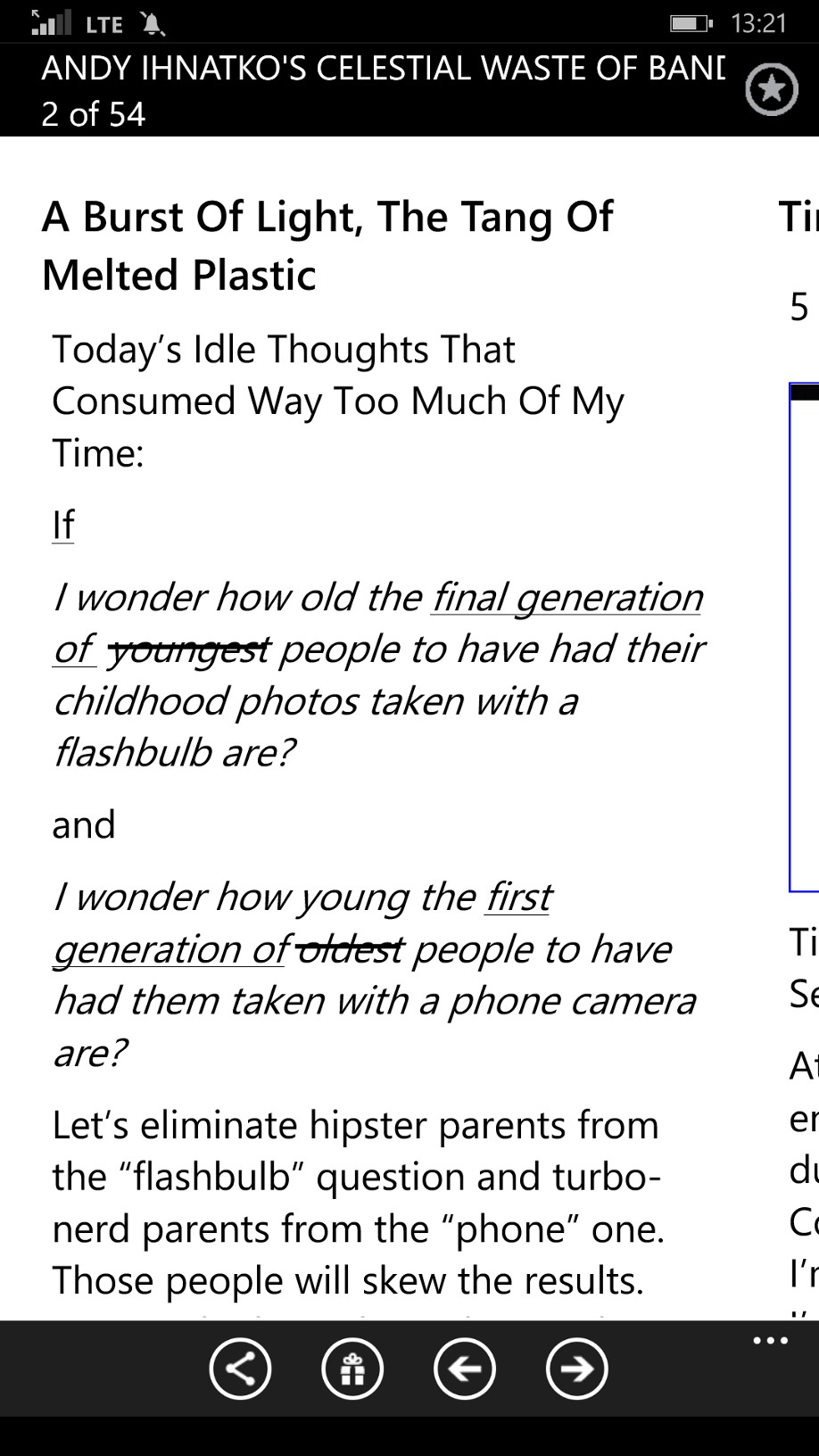