I was writing a follow-up to my last post, to explain it a bit, when I ran across the best piece on Trump and the GOP that I have yet seen.

Here's an excerpt, which perfectly captures my feelings on the matter (bolding added for emphasis):

These are not merely Democratic or Republican issues. These are American issues, human issues and moral issues. You can’t vote for Donald Trump and say you don’t know what you’re voting for. You’re voting for hate, and chaos, and the deluge. Anything else that you think you get from voting for him will be washed away in the flood. 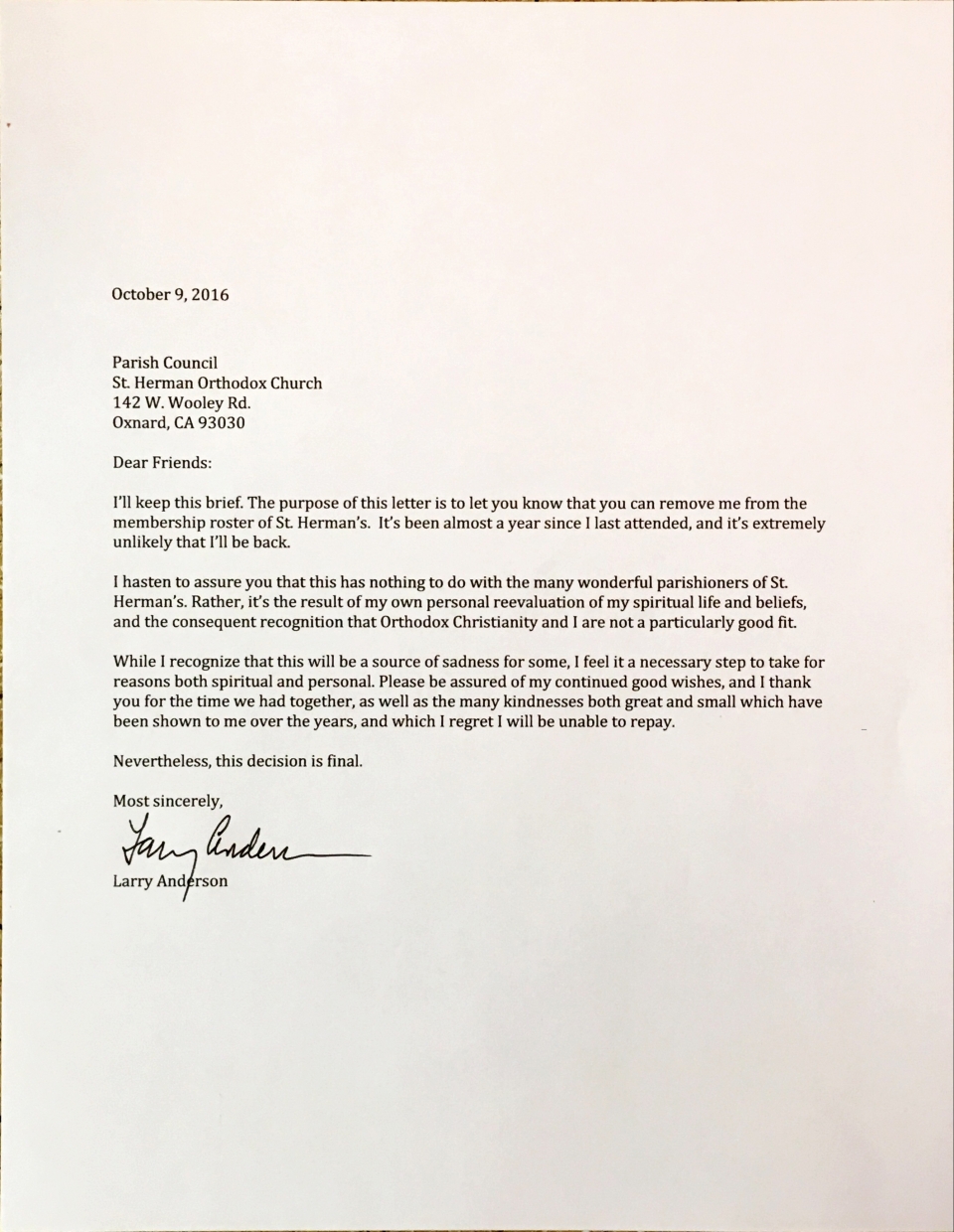 A brief thought on iPhone 7 vs. Pixel

Whether or not it took "courage" for Apple to remove the headphone jack, there are two things I know:

Still got a year to go before I can get a new phone, but this will be a consideration. YMMV.

As a self-described car nut, I read a lot of blogs and sites about cars. One of my regular daily visits is to Bring A Trailer.

Frequently, I'll see a comment about a steering wheel wrap on an older car: 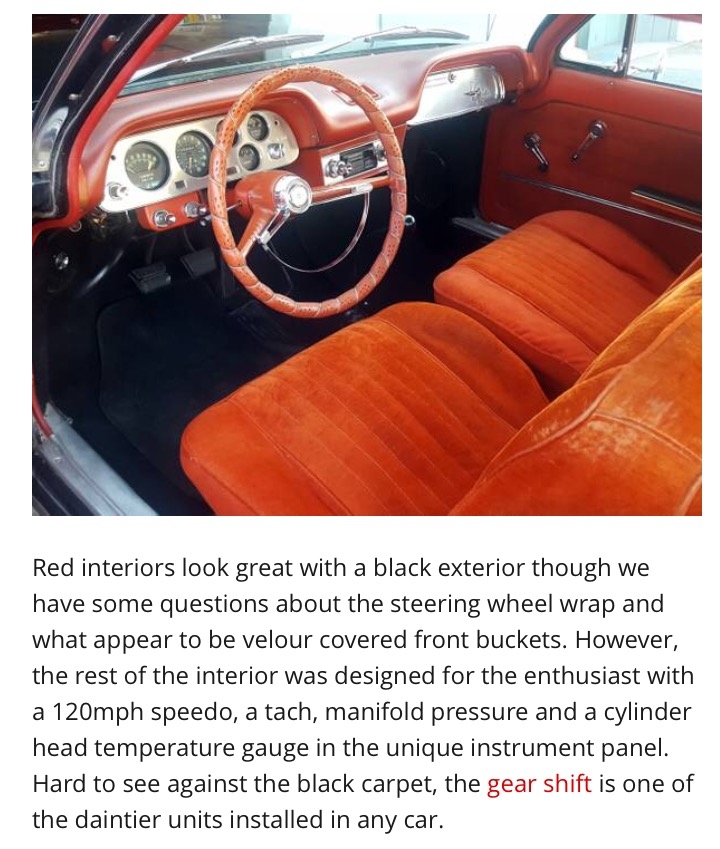 I suppose that most of this stuff is written by people younger than me, who don't remember anything before the Clinton Administration, so I'd like to clue them in:

It was common practice in the 1950s and 1960s to install a wrap or cover on the steering wheel, because the materials used back then got extremely hot in the sun in the days before window tint and reflective windshield covers, especially in warmer climates.

In fact, it was basically a necessity in southern California in the summer. It definitely doesn't mean the buyer is necessarily trying to hide something, although it's a possibility.

Now you know. And be thankful for modern steering wheel materials.

I’ve been thinking some more about this election, and what’s really happening in terms of our system and our democracy.

It’s been a common theme on the left to decry the rise of Trump as the rise of fascism, which to some degree it is. Certainly, he’s followed the script left by fascist leaders of the past—tacit condoning of violence, oblique calls for the assassination of his opponent, scapegoating of minorities, and the use of the Big Lie technique of repeatedly lying until the lie becomes perceived by his followers as the truth, among others.

It’s an imperfect analogy, though. It’s missing legions of uniformed followers in colored shirts (the black shirt of the Italian fascists, the brown shirt of Hitler’s SA, the blue shirts of the Spanish Falange, etc.), as well as any coherent ideology. Even fascists usually believe in something, even if it's wrong.

I’m beginning to think it’s something even worse—the first stirrings of a transition from democracy to mob rule.

Mob rule requires none of that.

Mob rule requires only that a big enough, angry enough mob seize the reins of power and impose its will on everybody else. Mob rule can be easily manipulated by someone authoritarian enough to promise to give the mob whatever they want, whatever the cost, the rules be damned.

Build a wall, kick out the Mexicans, keep the Muslims out. The enthusiastic support of the far-right, white-supremacist fringe should be a warning.

That's what we're seeing with the Trump campaign. That's what the Republican Party has allowed itself to be seduced by.

That's what must never be allowed to happen. Because it's a lot harder to step back from the precipice once you've gone over it.

Rochester, New York, and the America of today

I recently read the following article, which appeared on the website of public radio's Marketplace, on the decline of manufacturing and how it affected Rochester, New York, and the people who live there.

Before reading any further, go read it:
http://longform.marketplace.org/can-manufacturing-save-america

Did you read it? OK.

As it happens, I have connections with Rochester, and I shared it with someone who spent a couple of decades living there, working for a local company. He had this to say:

Too bad they didn’t examine my company too. They would have seen that we not only sent manufacturing offshore, but we also outsourced white-collar engineering and I.T. jobs to India and replaced them with minimum wage call-center jobs.

The lady in the last paragraph of the article hit the nail on the head.

This is the lady he's referring to:

“You didn’t even have to go to college. You got out of high school and went to Kodak, Delco, Rochester Products, Xerox, Bausch and Lomb and you made $20 an hour. Back in the day, you got out of school, and you could be 18 and move off on your own into an apartment.
Today? These kids today? If you don’t have college, those top companies are just not here anymore. My youngest daughter did it the hard way. She found out without college here, there’s only $13-an-hour jobs. If that. She’s still at home, 31, but back to school now to get that degree to get out on her own. There was an article in the paper this past weekend, ‘Oh, middle class America, so many jobs are coming back,’ $12 to $15 an hour. Like, what are you gonna do with $12 to $15 an hour? You cannot live on your own.”

That's hard to argue with. This is the world we've built over the last few decades. And if you want to understand why so many Americans are frustrated, angry, and losing hope, ready to vote for someone like Bernie Sanders, who promised a revolution, or Donald Trump, the Big Man who promises to make everything better (without specifying how), you need look no further.

And pray that somehow, we find a way out of this mess.

How I decide on ballot initiatives

One of the constant joys of living in California is that every two years or so, you're presented with a list of ballot propositions on which to vote. As a lifelong Californian, I have opinions about this.

While the initiative process in California has its origins in the Progressive era (once again: learn your damn history, people) and was intended to give the people a bigger voice against the once-domineering Union Pacific Railroad and Crocker Bank, it's devolved into an excuse in many cases for 1) the legislature to punt controversial issues to the people (because politicians are cowards), 2) crackpots who can't get a hearing any other way to make a big splash, and 3) special interests and big money to do an end run around the legislature.

The question, therefore, is "How do you make decisions on all these things?" Flip a coin? Spend hours poring over research in a dusty library somewhere? If you're a Californian, you quickly get used to making snap decisions about them. While this is not ideal, and can lead to some idiotic laws getting passed, it's how a lot of people do it.

For me, I've narrowed it down to a list of questions:

And that's about it. Once you reduce it to its essentials, you can get through a fairly big list of propositions pretty quickly. This year, there are seventeen. A little closer to Election Day, I'll be posting my thoughts on this year's crop.

No longer at App.net

Now that everyone I want to be in touch with is available somewhere else, there's no reason for me to be on App.net. I've deleted my apps and won't be checking in there.

New home for the blog

I've completed migrating my blog from Posthaven to 10Centuries. This means two things:

The DNS has been updated, so the redirection of the root domain larryanderson.org is in full effect. The new address for the RSS feed is http://blog.larryanderson.org/rss.xml.

The Star Trek metaphor for this election

It just occurred to me that the two scenarios below are the perfect illustration of the difference between the Clinton and Trump campaigns, as well as their supporters' attitudes.

Personally, I'd rather live in the United Federation of Planets than the Terran Empire in the mirror universe, so…